Men Will Lose the Most Jobs to Robots, and That’s OK 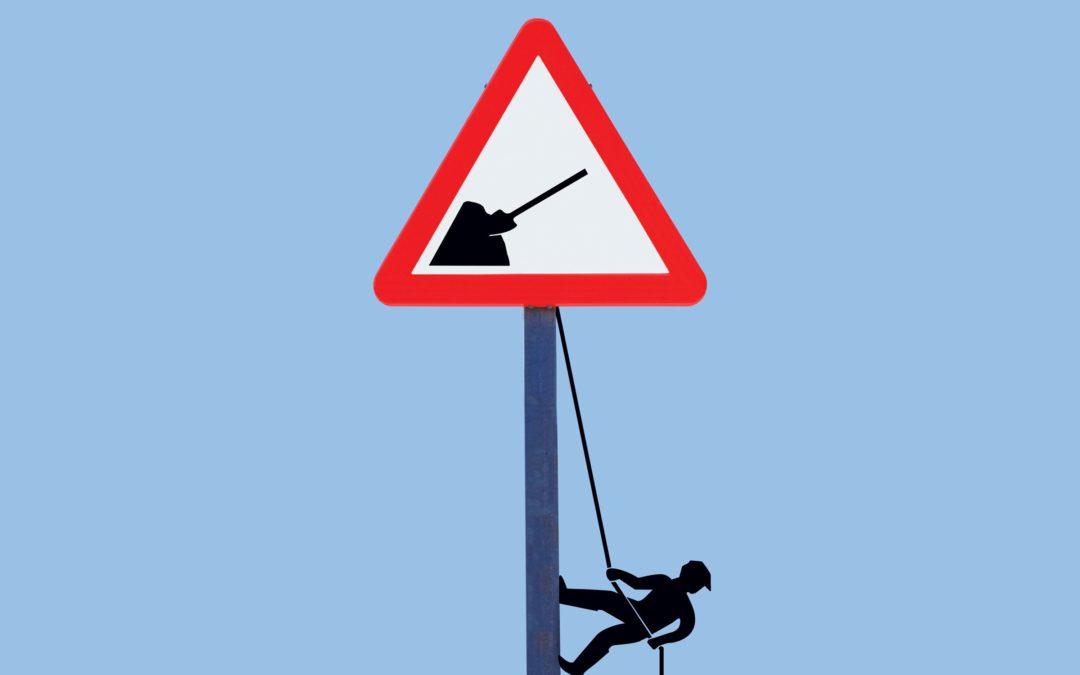 Robots are coming for our jobs—but not all of our jobs. They’re coming, in ever increasing numbers, for a certain kind of work. For farm and factory labor. For construction. For haulage. In other words, blue-collar jobs traditionally done by men.

This is why automation is so much more than an economic problem. It is a cultural problem, an identity problem, and—critically—a gender problem. Millions of men around the world are staring into the lacquered teeth of obsolescence, terrified of losing not only their security but also their source of meaning and dignity in a world that tells them that if they’re not rich, they’d better be doing something quintessentially manly for money. Otherwise they’re about as much use as a wooden coach-and-four on the freeway.

There’s hope for mankind, but it’ll be a hard sell. The way we respond to automation will depend very much on what we decide it means to be a man, or a woman, in the awkward adolescence of the 21st century.

Some political rhetoric blames outsourcing and immigration for the decline in “men’s work,” but automation is a greater threat to these kinds of jobs—and technological progress cannot be stopped at any border. A recent Oxford study predicted that 70 percent of US construction jobs will disappear in the coming decades; 97 percent of those jobs are held by men, and so are 95 percent of the 3.5 million transport and trucking jobs that robots are presently eyeing. That’s scary, and it’s one reason so many men are expressing their anger and anxiety at home, in the streets, and at the polls.

While all of this is going on, though, there’s a counter­phenomenon playing out. As society panics about bricklaying worker droids and self-driving 18-wheelers, jobs traditionally performed by women—in the so-called pink-collar industries, as well as unpaid labor—are still relatively safe, and some are even on the rise. These include childcare. And service. And nursing, which the US Bureau of Labor Statistics predicts will need a million­-plus more workers in the next decade.

According to the logic of the free market, when jobs are destroyed in one area of the economy, people will shift to new areas of productivity, acquiring new skills as they travel. So you might imagine that factory workers are becoming nannies. Not exactly. That’s because we’re talking about “women’s work.” Women’s work is low paid and low status, and men are conditioned to expect better.

But we’ve all heard of the gender pay gap. The larger issue is the gender work gap—the fact that women around the world do more work for less pay, or no pay at all. (One 2016 UN report estimated that if women’s unpaid work were assigned a monetary value, it would constitute up to 40 percent of global GDP.) Technological progress could make this imbalance worse—or it could help us solve the twin crises of labor and care in one go. The problem, as ever, is not one of technology. The problem is with social attitudes, and those can’t be updated with the tap of a touchscreen.

Whether or not you believe men are about to go the way of the portable CD player depends entirely on how you define manhood itself. A great many men have been trained over countless generations to associate their self-worth with the performance of tasks that are, in a very real sense, robotic—predictable, repetitive, and emotionless. The trouble is that machines are far better at being predictable, repetitive, and emotionless than human beings. What human beings do better are all the other things: We are better at being adaptable, compassionate, and intuitive; better at doing work that involves actually touching and thinking about one another; better at making art and music that elevates us above the animals—better, in short, at keeping each other alive. We have walled off all that work and declared it mostly women’s business, even as exhausted women have begged men to join them.

Some men have already shown a willingness to think about these issues. In Silicon Valley, the hot topic of the day is universal basic income, proposed by quasi­enlightened VC types and tech CEOs as a way of delinking work and wages as robots take over more and more jobs. Feminists have, in fact, been arguing for a basic income for decades as compensation for unpaid domestic labor. Now that men might find themselves with more time to perform household tasks, they’re finally starting to listen.

That’s frustrating, but it’s also fantastic, because it’s a first step. Work is work, and as men come to realize that, society as a whole might start valuing pink-collar and unpaid labor more highly and—as men take these jobs and join the call for increased wages—compensating it more fairly. Benefits only multiply. No longer forced to choose between work and family life, more women can remain and thrive in, say, fast-growing STEM fields, increasing the pool of talent and expertise.

Automation doesn’t have to make men obsolete, not if they’re willing to change their mindset. As long as men aspire to be cogs in an outdated machine, robots may well replace them. But if they have the courage to imagine different lives of service and dignity, and then demand that those lives be made feasible in terms of both hours and pay, automation can help all of us be more human.

Laurie Penny (@PennyRed) is an author and journalist. Her latest book, Bitch Doctrine, is out now.

This article appears in the August issue. Subscribe now.